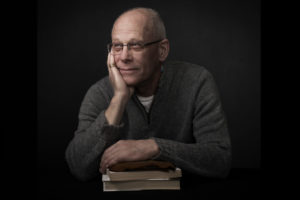 Nova. The party made the announcement on Friday.

Moving to the area in 2004, Frazer is an associate professor of History at StFX, where he also serves on the executive of the association of university teachers. In the past, Frazer was an adjunct professor at the University of Rhode Island, a lecturer at Harvard University, and an organiser for the United Auto Worker’s Union. He’s also an advocate for the LGBTQ2SIA community, of which he is a member.

Frazer, who became a member of the Communist Party 40 years ago, ran two times federally and one time provincially for the party before moving to Nova Scotia.

When asked what he sees as the major issues in the coming election, Frazer simply said the survival of the planet.

Frazer said he doesn’t see any sense of urgency from the major Canadian political parties when it comes to climate change,  noting they’re more concerned with winning or keeping a seat. As for what he brings to the table, Frazer said he would bring honesty, a characteristic he says voters don’t see much of.