The Antigonish Golf Club held its Clan Ranald Tournament on Sunday. A total of 17 teams 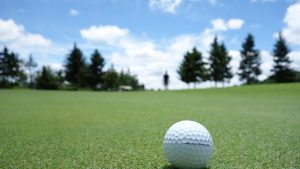 participated in the net score event.

The overall winners were Maria and John MacIsaac with a net score of 69.

Most honest team was Gen and John Hanlon.