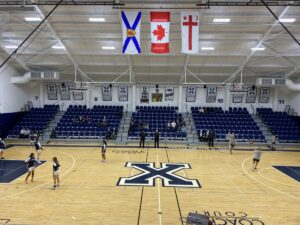 team member Daneesha Provo will be joining the X-Women coaching staff for the remainder of the 2021-22 AUS season.

A native of Dartmouth, NS, Provo became involved with the Canadian national team in 2015 and is currently rehabilitating an achilles injury she suffered last June at the Canada Basketball senior women’s national team training camp.

Prior to her pro contract, Provo spent five seasons in the NCAA, playing her freshman season at Clemson, then transferring to the University of Utah for the remainder of her university career.