A local municipality is looking to transfer an electric utility to the province’s power provider. 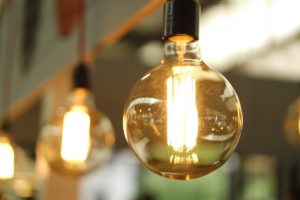 When the Town of Canso dissolved in 2012, the town’s electric utility was also absorbed by the Municipality of the District of Guysborough when the municipalities amalgamated.

Guysborough CAO Barry Carroll said the town of Canso council passed a resolution to sell the utility in 2010. After Guysborough looked for a body to assume operations of the utility, Nova Scotia Power was the only viable candidate.

Guysborough’s application before the Nova Scotia Utility and Review Board, which would become official on January 1, 2020, will see the utility switch hands at a cost of $1. Carroll said a lot of the assets in the utility are depreciated. He said the municipality will still own the financial assets within the utility and as part of the process, NSP will invest close to $500,000 to upgrade infrastructure in Canso.

Carroll said the UARB will likely make a call for further input, with a call for public comment coming likely in the fall. The UARB will then decide whether or not to hold a public hearing.