A long-time municipal councillor in the District of St. Mary’s has died.  Jacqueline Dort had 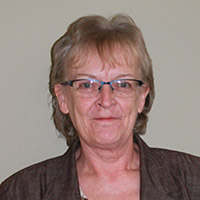 represented District 6, Goshen and area since May, 2001. For the past four years, Dort was also the Deputy Warden.

In a tribute on the municipality’s Facebook page, Dort was described as a strong voice and mentor at the council table for the past 19 years and will be greatly missed by all.  At the municipality’s next council meeting on August 10th, there will be a moment of silence to honour and remember Deputy Warden Dort and her years of service.