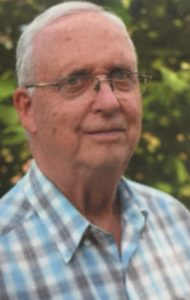 rules of the road has written a new book.

Driver training instructor Earl Randall of Bayfield calls his book “Let ‘Er Roll” .  It covers a number of topics including starting, stopping and passing; dealing with other road users, winter driving techniques, travel trailers and ATV’s and new technologies such as self driving cars and electric powered vehicles.  The 229 page book could be used by new and existing drivers, driver training instructors, and from visitors planning to travel to North America.
Randall says he was motivated to write the book for several reasons.
Randall says he has been working on the book for several years.
Randall has instructed more than two thousand students to drive.
Copies of the book can be purchased through the Antigonish Five to A Dollar, Kindle and Amazon.