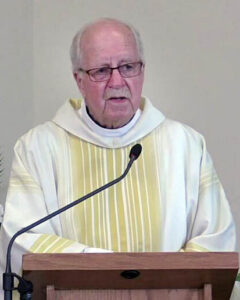 Edmonton, where Fraser was a Deacon in Spruce Grove, confirmed his death on Friday following a battle with ALS.

Fraser, a native of Heatherton, served 15 years in municipal politics on Antigonish County Council. Fraser, who also served as Warden, left county council in 1998 and was elected to the legislature as the Liberal MLA for Antigonish. The following year, he lost the seat to PC candidate Angus MacIsaac.

Fraser and his wife Harriet moved to Alberta in 2006 when most of their children came to the province for work.