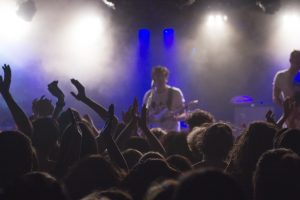 scholarships for Excellence in Creative Arts. The recipients were announced at a ceremony in Halifax today hosted by Education and Early Childhood Development Minister Becky Druhan.

Michael Young received the Charlie A’Court Scholarship for Excellence in Music. It is valued at $500 and includes a mentorship with A’Court, an award-winning Nova Scotian singer-songwriter.

Four scholarships were announced for music, film and video, visual arts and performing arts. They are given to students who want to pursue post-secondary students in the creative arts.