The StFX athletes of the week  are in.

The StFX Female Athlete of the Week is X-Women hockey goaltender Jamie Johnson Johnson, a 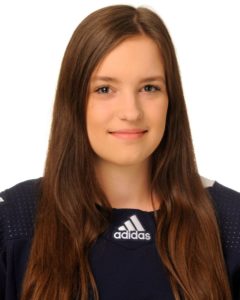 first year Human Kinetics student from Victoria, BC earned three wins this week including two shutouts, helping place the X-Women in a tie for first place in the AUS standings. Jamie had 13 saves in a 6-0 win over MtA Tuesday, then followed up with a 2-0 shutout win Friday over U SPORTS No. 3 ranked UPEI. She had 22 saves and earned player of the game honours. On Saturday, Jamie backstopped the X-Women to a 3-1 win over U SPORTS No. 2 ranked SMU, posting 31 saves and earning second star honours. 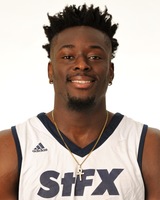 Athlete of the Week. Roker, a fourth year Arts student from Nassau, Bahamas, had two strong double-double games for the X-Men over the weekend. In Friday’s loss to UPEI, Azaro scored 17 points and had 10 rebounds. He followed up Saturday night with 13 points and 14 rebounds in StFX’s 85-76 win over the same UPEI team as the X-Men maintained third place in the AUS standings

Central Nova MP Sean Fraser has ruled himself out of the race for the leadership of the Nova Scotia Liberal Party.  Fraser says a number of people have reached out in recent weeks, asking him to consider putting his name forward for the leadership. Fraser, in a Facebook video post says he has decided to remain […]

No New Cases of COVID-19 in Nova Scotia; One Active Case Rem...

It’s been over a week without a new case of COVID-19 in the province. The Nova Scotia Department of Health and Wellness announced no new cases today. To date, Nova Scotia has 85,288 negative test results, 1,086 positive COVID-19 cases, one active case, and 65 deaths. No one is currently in hospital. One thousand and […]