The St. FX Hockey X-Men has announced that forward Brodi Stuart from Langley, BC will be joining the program in the fall.

With no major junior action this past season due to the pandemic, Stuart played the previous 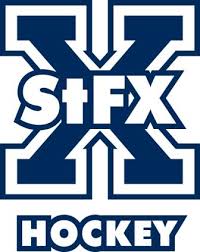 three seasons with the the WHL’s Kamloops Blazers where he served as assistant captain. He had 45 goals and 70 assists in 204 games.

The 5 foot 11 inch, 181 pound left winger was named the team’s Unsung Hero award winner in 2020, and in 2019 he was the recipient of the Blazers’ Most Dedicated Player and Inspirational Leadership awards.

Stuart joins previously announced recruit and forward Jacob Hudson of Antigonish as the X-Men’s first commitments for the 2021-22 season.