She’s an EMT who is also an MVW. 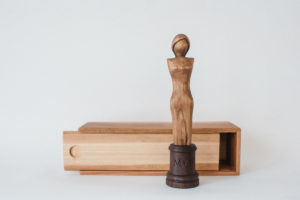 Most Valuable Woman of PEI award. Hasey, a paramedic by trade, was nominated by last year’s winner, Jessica Lake.

The honor joins a list of Hasey’s accolades. After graduating from the Maritime School of Paramedicine in 2002, She worked in a number of provinces and territories as well as parts of western Africa. After returning to school, she graduated from Holland College’s Advanced care program and eventually went on to work as a ground medic, CEC medic, and community paramedic. She also facilitates at Holland College. Outside of that, she is a mental health advocate, a volunteer with numerous organizations, and a community council member for Medavie.

Of the most valuable woman honour, Hasey said she was speechless upon receiving word of her nomination.

When asked about her inspirations, Hasey thanked the women in her life who empowered her over the years including her mom, grandmother, multiple aunts, her godmother, and others.