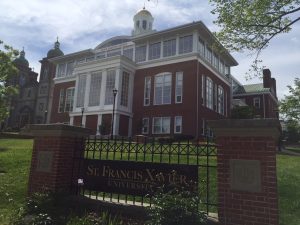 yesterday. Katie MacEachern of West Bay won the Governor General Medal for the highest average in the final three years of study. MacEachern also won a University Gold Medal in the Bachelor of Science program and the Dr. H. Stanley and Doreen Alley Heaps Prize for Computer Science. Other locals to pick up University Gold Medals are Emily MacKay of Inverness in Nursing, Erin Samson of Louisdale in Human Kinetics and Kirsten Gallant of Antigonish in Arts. Samson also won the Dr. G.N Murphy Prize for Proficiency in Pre-Medical Studies. Gallant also won the the Dr. D. J. MacDonald and the Dr. A. B. MacDonald Memorial Prize for Economics along with Connor Walsh of Plymouth.