The Maritime Motorsports Hall of Fame in Petitcodiac, New Brunswick is planning an 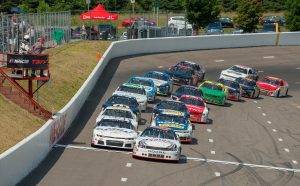 expansion.  The addition will include a large banquet room capable of hosting larger functions such as the hall’s induction ceremony.

There will also be additional space for the Hall of Fame museum, allowing the facility to display more of its growing collection of Maritime memorabilia.  The expansion is expected to be completed in November, 2023.
A fundraiser has been launched to cover expansion costs.  It’s already received a $40,000 anonymous donation.  The goal is to raise $110,000.  Contributions can be made online at www.mmhf.ca.  Companies or individuals wanting to be involved in fundraising efforts can call the hall at 506-756-2110