During the regular monthly council meeting, Municipality of the District of Guysborough Deputy 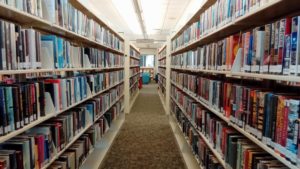 Warden Janet Peitzsche brought forward a motion to send a letter once again to the province about governance at the Eastern Counties Regional Library (ECRL). Library hours were cut this past spring in MODG library branches in Canso and Guysborough, as well as the ECRL branch in Sherbrooke in the District of St. Mary’s, while ECRL staff have recently received raises.

MODG Warden Vernon Pitts described the continuing issues between the MODG and the ECRL as an ongoing battle. He hopes the province will realize the reduction in hours is a disservice to the residents.

“There’s an injustice being done there. We as a council, as well as the council of St. Mary’s, have recognized that. We’re doing our best to try to correct the situation,” Pitts said.