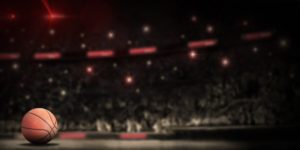 point guard Antoine Vernon to the X Men roster for the 2020-21 season.

A Hamilton, Ont. native, Antoine played the last two seasons at Oregon State in the very competitive NCAA Division I Pac-12 conference. He led TRC Academy in Brantford, Ontario to the OSBA Championship in 2018 where he was a first team all-star, averaging 16.7 points per game, 8.7 assists per game and 6.3 rebounds per game. He was also selected to play in the Biosteel All-Canadian game in 2018. Vernon, with three years of remaining eligibility, is the younger brother of X-Men associate head coach Tyrell Vernon, who will take over for Coach K after next season.

The X-Men were finalists at the AUS championship this past season and will be hosting the U SPORTS national championship at the Scotiabank Centre in Halifax in March, 2021.