The head of a Cape Breton airport is not pleased with talk of the federal government looking at another airstrip in the area. 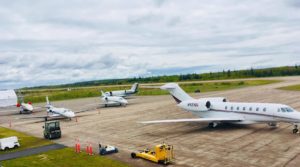 investing in a new Inverness based airport to support the Cabot Links golf course and resort are unsettling. If the talk of a new airport is true, stated Morgan in a release, it will jeopardize the future of the Allan J MacEachen Port Hawkesbury Airport, which Celtic Air took over in 2017.

When asked about the origin of the reports, Morgan said he’s heard from media and local councillors but not from the federal government. He said he reached out to local Liberal MPs for answers and clarification but hasn’t heard back. Should the talk of the government stepping in be true, Morgan said it would be an instance of the feds stepping in an picking a winner and a loser in Cape Breton tourism.