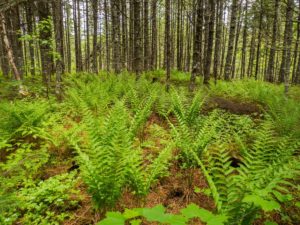 River area. The trust says the gift comes from Irene and the late Ernest Forbes who wanted to ensure that the property remains in its natural state. The property is within the 6800 acre provincially protected Baddeck River Wilderness area and includes pristine shorelines on New Glen Brook and mature Acadian hardwood forest. The forest has been undisturbed for at least 80 years.

It is also habitat for endangered wildlife such as Canada Lynx and Pine Marten.

The trust was recently chosen by the federal government to receive up to 1.45 million dollars through the Canada Nature Trust Fund. The trust has launched a campaign it calls Lasting Landscapes, with a goal of protecting 15 of the highest priority areas of the province.