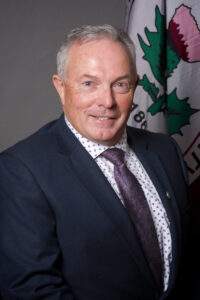 the Antigonish Town and County municipalities, Antigonish County Warden Owen McCarron said he expects to hear back from consultants with a report next month. The last official meeting took place last Friday, when McCarron and Antigonish mayor Laurie Boucher attended a breakfast hosted by the Antigonish Chamber of Commerce to speak with the business community.

Boucher said the municipalities are waiting on a report from the consultants, noting it will likely be mid-to late July before they get something back. At that point, said McCarron said the report will go out to the community though they haven’t determined the most appropriate way to share that information. Once it is shared with the public, the consultants will compile a final report.

McCarron said he suspects the final report will come back to the councils in September.