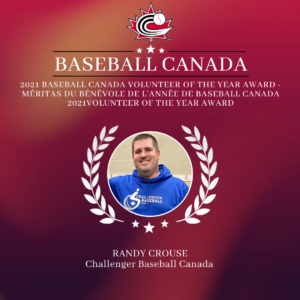 Created in 2001, the award is meant to recognize the contribution of a dedicated, enthusiastic person who has devoted at least ten years of volunteering within their provincial association.

Crouse called it a special recognition, and credited his fellow volunteers for all of their work as well.

This wraps up an impressive year of accolades for Crouse, who was also named volunteer of the year by the Municipality of the County of Antigonish.