The RCMP is investigating a break-in involving the theft of firearms, an RV and ATV from a 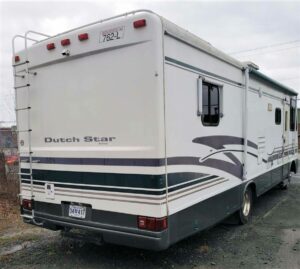 Other items taken from the home include a black Stack-On firearms safe, a 60 inch television, a fridge, a small utility trailer and a 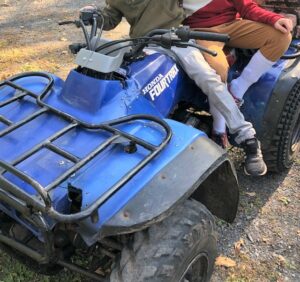 Photos of the two vehicles stolen in Pictou Landing break-in

RCMP believe the theft occurred sometime between May 5th and 13th.  The investigation is ongoing, led by the Pictou County District RCMP, with assistance from the RCMP Forensic Identification Section, RCMP Police Dog Services and the National Weapons Enforcement Team.

Anyone with information on this incident or who may have seen an RV travelling on roadways is asked to contact the Pictou County District RCMP at 902-485-4333.  Should you wish to remain anonymous, call Nova Scotia Crime Stoppers toll free at 1-800-222-TIPS, submit a secure web tip at www.crimestoppers.ns.ca or use the P3 Tips App.