As they take steps to close the municipal building to the public, Richmond County wants more COVID-19 testing sites in the municipality.

During last night’s regular monthly meeting, council agreed to send a letter to the Nova Scotia 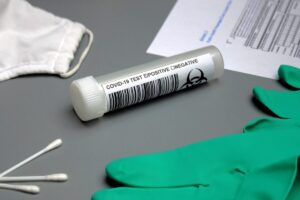 Warden Amanda Mombourquette told council she has received complaints about the lack of options, other than the Strait-Richmond Hospital and two pop-up site visits at the St. Peter’s Lions Hall. She said more locations offering tests would eliminate the need for people to travel outside the municipality.

The warden said one problem is that the health authority does not provide enough notice before pop-up site visits, noting their web site does not give regular updates.

In supporting the letter, District 3 Councillor Melanie Sampson requested the NSHA do more and better advertising.

Council also decided to close its administrative building in Arichat to the public for at least the next two weeks, at which time the municipality will reassess.

CAO Don Marchand said there is no need for people to pay their taxes in-person since bills are sent via mail and many residents are set up for online banking. He said there are few residents who still go to the office to pay their bills.

Other local municipalities have closed their offices, Marchand said, with the district 3 councillor agreeing that public health recommends that employers, who are able, allow their employees to work from home.

Sampson also noted that staff did this last year, and now have experience working virtually.

The CAO explained that while the office is closed to public access, shifts will be staggered, with some staff working from home, while others are in the office.

The deputy warden disagreed, stating that the municipality needs to provide services to those who want to pay their bills at the office, noting that he doesn’t want to penalize those without internet access.

Council also decided that the municipal transfer station will remain open, but visits to the office will be discontinued. Anyone overweight with their loads will have their bills mailed.