Richmond County is joining the fight for more housing.

During last night’s virtual meeting, council decided to send a letter to the Cape Breton Island 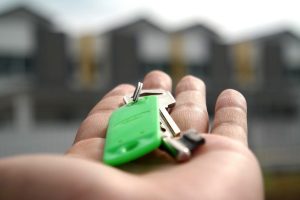 Housing Authority, after a request from the Strait Richmond Housing Matters Coalition.

The coalition told council it is concerned about the limited access to affordable and appropriate housing in the Strait area. According to the coalition, “several units” in Richmond County remained vacant for extended periods of time, and others in need of upgrades stayed empty for months, without any work taking place.

Council was asked to make regularly inquiries to the housing authority about the availability of units in the municipality.

District 1 Councillor Shawn Samson said he received calls from residents about empty units, and although the housing authority has been good to work with, he said people need to get into these open complexes, especially seniors.

District 3 Councillor Melanie Sampson said there are governmental and regulatory challenges getting units up to standard, and because of legal considerations, tenant’s belongings are protected for up to three months, preventing any work from taking place in that time.

She suggested working with, and pushing, the housing authority, pointing to a unit that was supposed to be open in March in her district which remains unoccupied because of the unavailability of workers to make the upgrades.

Warden Amanda Mombourquette had council agree to her suggestion of sending an email to the CEO of the housing authority, as well as the Minister and Deputy Minister of Municipal Affairs and Housing, trying to open lines of communication and get the status of the housing situation in Richmond County