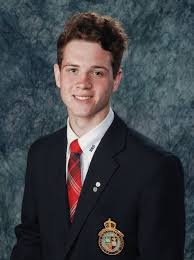 Photo of Andrew Milner at a student at Rothesay Netherwood

basketball court in his honour. A ceremony will be held at Rothesday Netherwood School this afternoon at one p.m. It will be known as the Andrew Milner ’17 Memorial Court. Andrew’s family will be in attendance for the ceremony. Milner was a stand-out player at Rothesay Netherwood. Milner later moved on to varsity basketball, playing two seasons with the Calgary Dinos. Milner won a national championship with Calgary in his rookie season. Milner died in a boating accident in Cranbrook, BC last year.