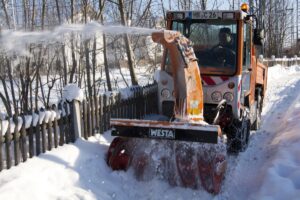 clearing along roads and sidewalks in certain communities.

Deputy warden Bonny MacIsaac said she received complaints about the sidewalk not being cleared in Inverness the day after the storm on Jan. 3.

District 5 councillor Lynn Chisholm said she received calls about the portion of Clan Ranald Road which the municipality is responsible to clear, and only cleared on the afternoon of Jan. 3.

Chisholm said she received even more complaints about the fact that sidewalks had not been cleared in Port Hood before the sidewalks were eventually cleaned on the afternoon of Jan. 4.

MacDonald said he will sit down with the contractor, Emergency Services Group, to shore up weekend work schedules.