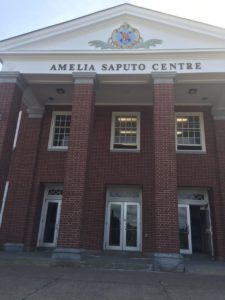 StFX Athletic director Leo MacPherson said student-athletes and coaches were devastated and disappointed about missing out on the opportunity to compete this fall. MacPherson credited everyone involved in X athletics for their resilience during the pandemic, noting student athletes are trying to make the most of the situation, and see it as an opportunity instead of an obstacle.

As for winter sports, MacPherson said there is no competition in the fall but they are hopeful about hockey, basketball and track teams being able to play in the next term. That decision, said McPherson will likely come by mid to late October.

MacPherson also noted X was to act as host for the Men’s national basketball championships in Halifax in March, noting they would be disappointed to miss out on that opportunity. He said discussions are happing now to work out various what-if scenarios, noting if they miss out on hosting, X would like to try again the following or subsequent year.

With it also being national coaches week, MacPherson offered a shout out to all of the coaching staff at X and within the community.