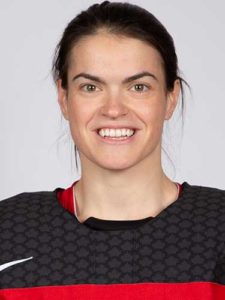 cancelled World Women’s Hockey Championship, including one with local connections. The tournament was scheduled to start March 31st in Halifax and Truro.

On the roster are two Nova Scotians who have suited up for Team Canada before, forwards Blayre Turnbull of Stellarton and Jill Saulnier of Halifax.

Hockey Canada’s Director of female hockey teams, Gina Kingsbury says after the tournament was cancelled, it was decided to release the roster to recognize the hard work the women did to make the team.