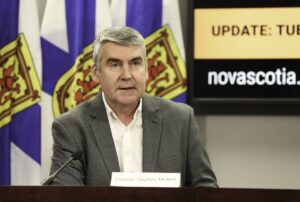 He called it another example of how quickly Covid 19 can spread. McNeil also acknowledged Iain Rankin as the premier designate.

McNeil also said they continue to work with the federal government on vaccines, adding they will get a shipment this week and another larger one is expected next week.