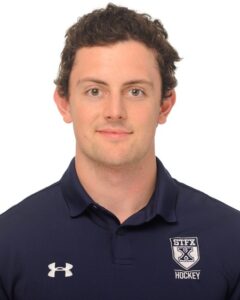 In their 5-4 overtime loss to Acadia Wednesday, he tallied two of the X goals and was named player of the game. He followed up with a hat trick on Friday, scoring all three X goals in their close 4-3 loss at SMU.

Nelson currently has 18 points on the season (13G, 5A), and his 13 goals is tied for second overall in U SPORTS and first in the AUS conference.